They Tried to Make Him Go to Rehab...but, well...you know.

Mark Towhey, Rob Ford's chief of staff since 2010 was fired yesterday, and escorted from city hall by security...


Rob Ford really is the gift that keeps on giving...the gift of comedy. Or maybe it's tragedy, sometimes it's hard to tell...


The article is HERE, but even the Toronto Sun is attacking Ford now...I assume everyone in hell is enjoying the new found ice?


In any case, Rob Ford's kingdom of lies and gravy is finally falling down around him...and what better way to celebrate then with my gift to you:


I REGRET NOTHING.
Posted by Claire Callway at 12:17 2 comments:


Rob Ford's time in office has been an endless tragic comedy...and I'm not just speaking of his time as mayor. No, this has been a near 15yr-long journey into the depths of shit-tastic.

Racism, abuse (both physical and verbal), flouting the law while driving, absenteeism, failing to present a single coherent idea in council, an inability to work with others, and of course, his on-going passive-aggressive crusade against LGBT rights.


What a shit lord.


But wait, what's that all over the international media...?

I'm not that surprised at all...and isn't that the worst part?!!!


Shouldn't the mere thought of the mayor of the largest city in Canada smoking crack be shocking? At LEAST be unexpected?!


...Oops, it isn't. In fact, it makes a lot of his previous behaviour explicable...

Whether it was making racist comments as a councillor:

Or drunkenly yelling at a couple watching The Leafs:


Or simply coming off as the moronic man-child that he is:


Here's a recently published handy-dandy run down of some of the top moments in this farce of a career...Because, honestly, I don't have the time or the will to re-re-recap the breadth and scope of this man's idiocy.


Whilst eating my breakfast the other day, I watched a clip of The Daily Show, where they spent 7min out of a 22min American show (le gasp!) on OUR MAYOR.

Guys, we're finally famous in the US...for all the wrong reasons. In the (depressingly funny) clip they mentioned, among a myriad of other indiscretions, when our mayor was photographed with a neo-nazi...I HAD COMPLETELY FORGOTTEN ABOUT THIS. 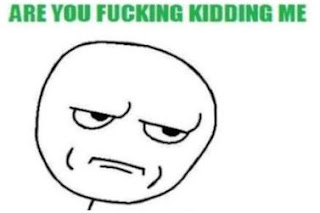 That is NOT the kind of thing that should be forgotten about one's mayor...and yet, the ever-growing weight of his scandals had forced it from my mind...Making room for things like groping former mayoral-candidate Sarah Thompson's ass at a networking event where he appeared "out of it" and "high".

See how that whole "the mayor smokes crack" thing is kind of starting to give everything else a bizarro-world logic? Yea, that's not good...


As the standard is set ever-lower by a mayor who can inexplicably "Do No Wrong", and a public that alternates between turning the other cheek and being downright idiotic, every transgression serves only to allow for a greater transgression.

In some self-flagellating misguided attempt at compassion, the public sees it's apathy as empathy... "Oh the media is picking on him! Let's stand up to those bullies!"...or "He's just an average Joe! I wouldn't want my dirty laundry hung out for the world to see!" 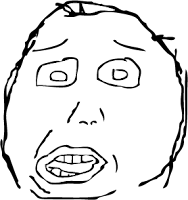 LET'S CUT HIM SOME SLACK! (aren't we wonderful, forgiving people? High five us!) 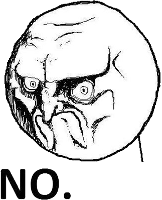 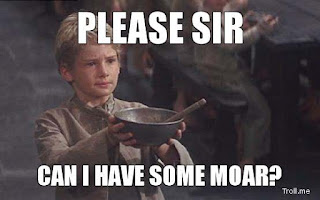 All sweet and meek...

...like an idiot, with your ass in the air, Rob and Doug taking turns smacking the shit out of it whilst Mammoliti, Holyday, and Nunziata run around and circlejerk each other with tales of their love for the Ford brothers.


The media has actually been doing a pretty great job exposing the constant stream of nepotism, illegality, vulgarity...but the public has been doing NOTHING with that information. Listen folks, there is a big difference between a tabloid's outrageous lies, and newspapers reporting on the insane behaviour of a man who acts like he is high on crack...oh yea, remember when it turned out he (apparently) smokes crack?

Yes, Ford appears in the media near-daily, doing seemingly unthinkable things, things that maybe you do not want to believe...but to quote Sherlock Holmes:


"...when you have eliminated the impossible, whatever remains, however improbable, must be the truth..."

It is a sad state of affairs when Gawker Media (who broke the crack story) are the ones spearheading a fundraising campaign to buy the alleged video of our mayor smoking crack cocaine...

(On a side note, here is the link if you would like to contribute!)


This is our job, not the job of a foreign online media provider...have a little dignity, Toronto... The pressure is mounting on Ford. There is no way he can continue to lie and escape consequence at the rate he is currently going...the pressure is taking its toll...

Shine the light of public scrutiny just a little brighter, and he'll explode into a white powdery substance, like a crack-filled vampire in the sun...


That sting some of you feel? That's shame, the shame you feel for voting in a drunken, abusive, incompetent disgrace into office... But hey, maybe you didn't pay enough attention, maybe you got swindled...the guy pulled a pretty good con job on the city... But you can make it better. Donate to the fund to buy the alleged video. Write your councillor, hell, call Ford! Lord knows he gives out his number enough...

...because right now, even Jerry from Parks and Rec is laughing at us... 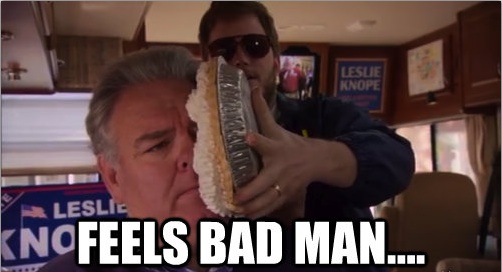 Posted by Claire Callway at 12:06 No comments: