A Retrospective on What Makes a Candidate "Unelectable" in a Post-911 World.

I know, I didn't write anything yesterday, but, I DO have my reasons... I'm shooting something tonight, very last minute, as part of an application involving my sweet sweet television baby that I have been writing for the past year or so.


...but that's no excuse. So I present to you an extra-long super entertaining adventure through the land of Rob Ford! 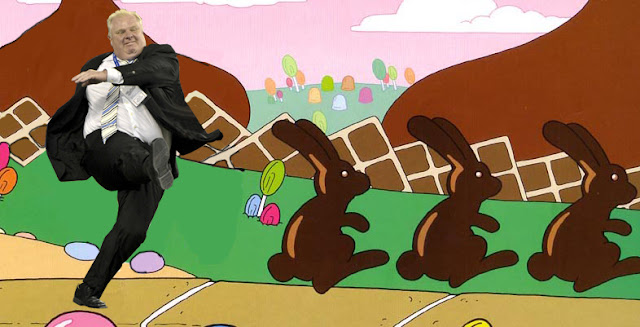 For those outside of Toronto...you may not know who our mayor is, but as everyone enjoys a little schadenfreude now and again, I'm sure you won't mind a Toronto-centric post...and chances are if you live elsewhere in Canada, you'll think anything I write is Toronto-centric regardless...HA. I kid...?

So let me be begin, by presenting our mayor...Rob Ford:

Rob Ford's signature. Yes, our mayor's signature, and not that of a clumsy fourth grader...Oh internet. You provide me with such sweet joy...

My writing is nothing beautiful to behold, but at least I have the excuse of being raised in the age of computers...by 8 years old,  I was typing almost all my school projects on my trusty 386.

But Rob Ford? That hambeast local politician was born in 1969, giving him almost his entire primary and secondary education without the advantage of computers... the only reasons for his barely literate status is...just that...the man is barely f*@#ing literate.

Now, I'm not going to point my finger at the morons citizens of the suburbs Toronto that elected this manbearpig, but...OH MY GOD? WERE YOU ALL ON CRACK?!!!

The guy was a joke...yes, a joke on council for 10 years. But he starts spouting off about "gravy trains" and "respect for the taxpayer" (but never actually produced evidence of any over spending, or any viable plans for delivering the "respect" he so often soundbite'd about...), and it seems that all anybody needed was a catch-phrase.

Well, here's a catchphrase we should get used to: LAUGHINGSTOCK. This is the man that over 100k chose to lead our city, presenting his "transit plan" which baffles the mind with its idiocy... Here is someones review of Ford's video:

Ah yes, let's paint the curbs to indicate parking laws and remove the need for signs...Except of course that one of the colours means...READ THE SIGNS. The sheer stupidity of this suggestion is only made worse when you remember that Toronto usually spends several months a year covered in snow...WHICH IS WHY WE HAVE SIGNS ON POLES.

If the debacle of cancelling Transit City, then restarting it, followed by his continuous attempts to subvert democracy haven't convinced of his inability to work with others...here are some clips from his time on council:


And my personal favourite:


So why am I ragging so hard on Mayor McCheese Rob Ford? Because he has earned my contempt. He worked tirelessly for it, and who am I do deny him his just desserts due?

I'm tired of listening to a ignorant bully stomp and smash his way through the democratic process. I'm tired of him treating hundreds of thousands of Torontonians' opinions as invalid. I'm also tired of him flipping off little girls. In fact, I'm tired of writing about Chris Farley Rob Ford... So here's a quick list:


Any ONE of those things should have hindered his campaign...together he was and should have been unelectable...and yet here we are, for another few years, under his sweaty thumb.

Yea, it's all a little depressing...but at least this man exists on council. Thank you Adam. You are a giant douche for what happened on Ossington...but this kind of makes up for it. 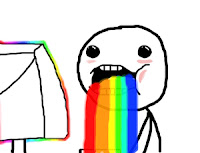 To all the American voters out there, take a long look at the monstrosity that is Rick Santorum, and remember, there is no such thing as unelectable...a terrifying concept indeed...