That Crazy Time I Thought We Were Going to Jail or Getting Stabbed...aka Yesterday!

On the morning of our first anniversary (this Tuesday), Mitch and I went out for breakfast. We reflected on how awesome things were, and how everything was just dandy. 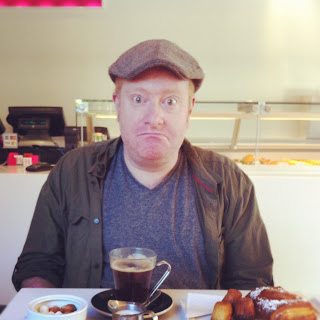 About 10am I get a message from Mitch...He was driving north on Dufferin at Dundas, a wide load truck swerved into his lane, he braked, and a girl on a bike behind him lost control of her bike and fell. 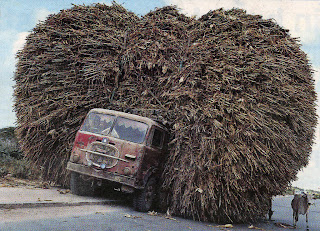 Being a nice guy, he stopped, helped her up, helped her get her bike, walked a block over to get her friend to take her home. When she asked his name, he told her, but she wanted to write it down and did not have a pen. Mitch suggested she take a photo of his driver's licence. She did. 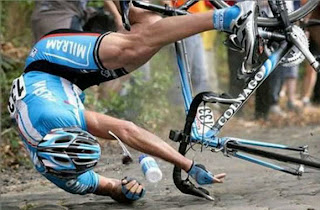 Mitch and I reflected on the dangers of biking in the city, he reminded me to be careful on my daily bike ride to and from work, and I remind him that cycling also requires cyclists to keep a proper stopping distance. We high-fived (figuratively or literally, your choice), and went out for our first anniversary dinner. 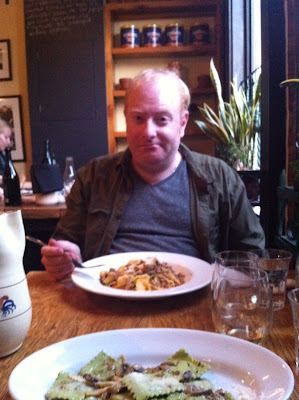 Wednesday morning: we get up, have breakfast, go to work, come home, go to the gym, shower, and are just getting ready to go out and meet friends when...


The doorbell rings. I have just stepped out of the shower, Mitch is still in his bathrobe. We decide to ignore it, assuming it is door-to-door Mormons (again).


Okay...Whoever it is, they want to be attended to. Mitch goes down to the door in his bathrobe and sees the woman he assisted the other day, with her left arm in a sling (no cast). Assuming she wants to thank him for his help, he opens the door. THEN he sees the giant man with a ponytail standing beside her and frowning. 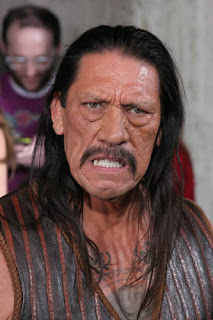 "Do you remember me?" she asks.

"I have some medical bills." she says. And flashes a piece of paper at Mitch. 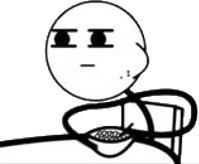 "What do you want to do about that?" She demands. 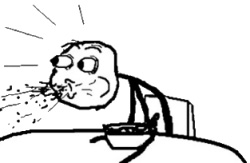 "...Well, I don't have anything to give you." Mitch replies cautiously. Weighing whether or not he can get inside and lock the door before her frown-y friend can crush his head...

"Well, you should talk to your insurance." She insists.

"...What do you think happened on Tuesday?" Mitch asks. 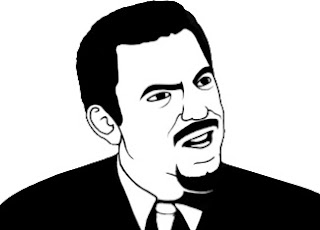 She exchanges numbers with Mitch. "I will call you tomorrow to see what is happening." she says. Then she and her hired goon leave. It is 8:45pm.

Mitch and I are concerned. ...To say the least.

The next morning at 10am, Mitch receives a voicemail from the woman saying:

"I will be filing a police report today, but I wanted to talk to you first. Call me back at xxx-xxx-xxxx."

Mitch calls her back.

At this point, she demands that we give her $270, cash, or she will be filing a police report. Mitch points out that he never hit her, and which points she becomes...agitated. Stating that "she has witnesses" (she doesn't) and that she has "security footage from the bank" (there is no bank there).

Mitch calls me, I call Toronto Police Services. They advise me that that is extortion and that only police seizure or a court order can procure bank footage...so she is obviously lying. They tell me to have no further contact with her, and that IF she files a police report, we will be able to give our story.

Several hours later...the police call. This woman has told them that Mitch HIT HER WITH HIS CAR (our car has no dents, scratches, NOTHING), and that we have been ignoring her calls, etc.

We have never had so much as a speeding ticket, let alone being contacted by the police for information on what sounds like a "hit and run" charge.

We proceed to shit bricks. 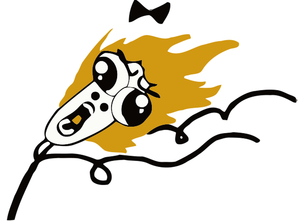 The police constable was...gruff...to say the least. And not in some charming 70s cop drama way...just regular type.

"She says you hit her. She has a bruise on her knee." He says. (I notice that her arm is not mentioned...perhaps there was no sling when she went to the police...? Interesting.)

"Well, probably, she fell off her bike. I stopped because there was no one around to help her."

Then Mitch & I explain how they came to our house demanding cash (but never saying he hit her), then left a voice message telling us to get in touch or they would contact the police, and THEN (after we refused to give them money) how she called and said he had hit her with the car and she had footage and witnesses...obviously, none of which materialized.


The cops eyebrows shot up rather quickly.

"Do you still have that voicemail recording?"

"Don't give them any money." he said.

He then types up the report, comes over to us and says "Don't worry, you did nothing wrong, I've explained to them that they are not to contact you in any way, and all I am doing with this is saying that the truck that nearly hit you left the scene of an accident." 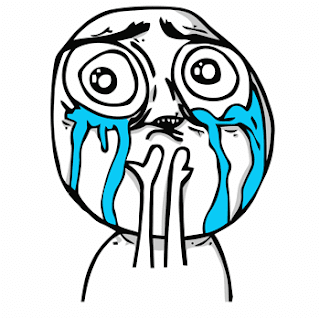 
We go home. I have a stress migraine. We go out and have a beer.


After much relaxing, Mitch points out that he is not cut out to be Heisenberg from Breaking Bad. I agree that I am no Jesse. Then we go home, and resolve to never help anyone again. 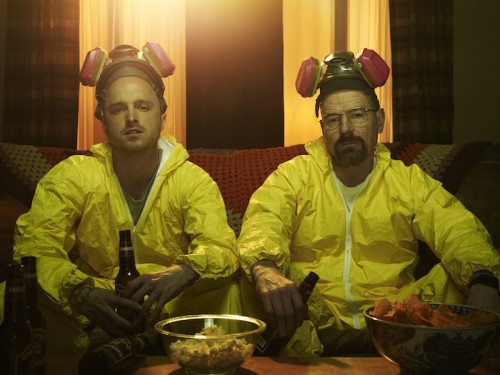 Posted by Claire Callway at 11:43 No comments:

One Year of Marriage...!

One year ago today, I stood in front of my family and friends, had readings from Neil Gaiman and Mr. Rogers, cried girly tears, and married my partner of 7 years. It was good times. 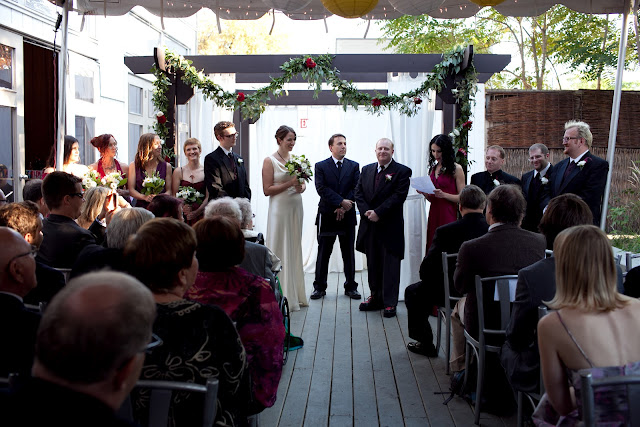 A year later it's our first anniversary...albeit our 8th together...


Has anything changed? Maybe, maybe not. He is still the awesome guy I met on a George A. Romero set in 2004.. but if it has changed in any way, it's all been for the better.

When we met (very very randomly) on a film set in 2004, all I saw was this redhead guy that I kept bumping into (Evil Dead the Musical, TIFF, etc), but this time we were told to stand in a corner and talk for 45min...and he was wearing a Teen Girl Squad shirt...


I'm so glad I met you Mitch. You challenge me to be better, always make me laugh, and are more supportive than a wonderbra.

...You also make a mean chicken soup with matzoh balls...


What I'm saying is, that this first year of marriage has been good and great, and I'm sure that the years to come will also be grood. 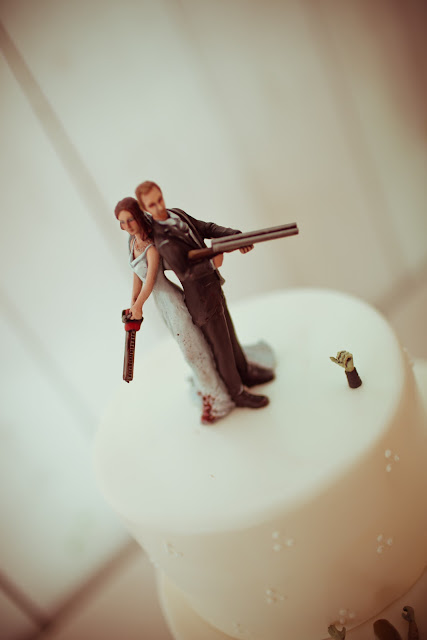 Posted by Claire Callway at 11:16 No comments:

It's a beautiful day out in downtown Toronto. I (foolishly) took the opportunity to bike over to Sugar Beach on my lunch break. Only about 15min on a bike... 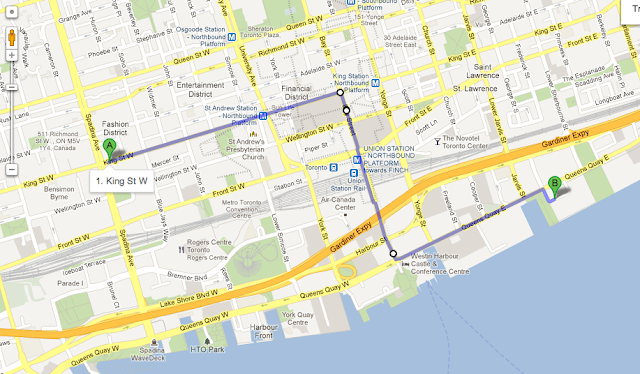 However, on the way there a complete moron decides he will FLING OPEN HIS DOOR and get out INTO TRAFFIC from his cab, despite being pulled over at the curb. I miss the door by a split second...the cyclist 5 feet behind me does not.

I pass the door and almost simultaneously hear a SMASH BANG CRASH! and turn to see a cyclist lying against a delivery truck, a parked taxi with its door flung open, and a rather bent looking bike lying under the truck...

I blurt out "Holy fucking shit!"...the suits on Bay St. are not amused. They return to circle-jerking over their purple shirts and pink power ties.

I wait until the cyclist is up, moving, yelling, and exchanging insurance info. All seems to be ok. 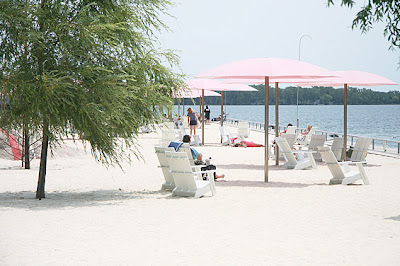 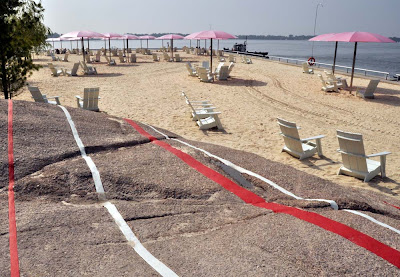 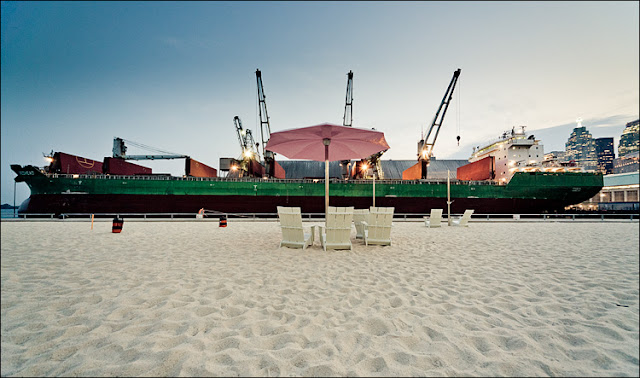 And...what is that delightful caramel aroma in the air...? 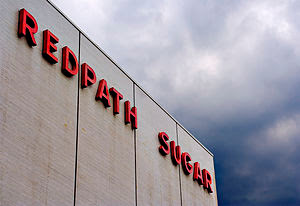 Why, Redpath sugar is RIGHT HERE. This is great!

So I begin chilling out to the max, relaxin' all cool and shootin' some b-ball outside of the...wait...no...just the first part. But now it's time to return to work. I decide to avoid the dangers of taxis on Bay St, and head back on a new route. 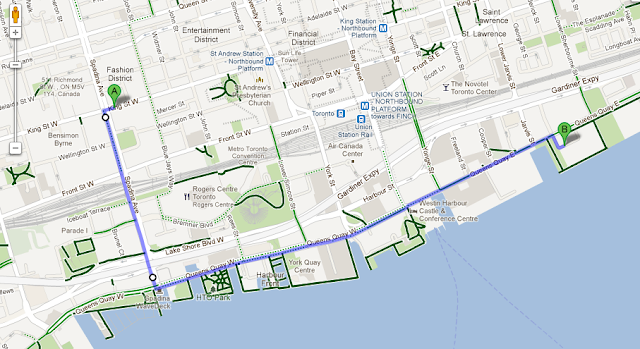 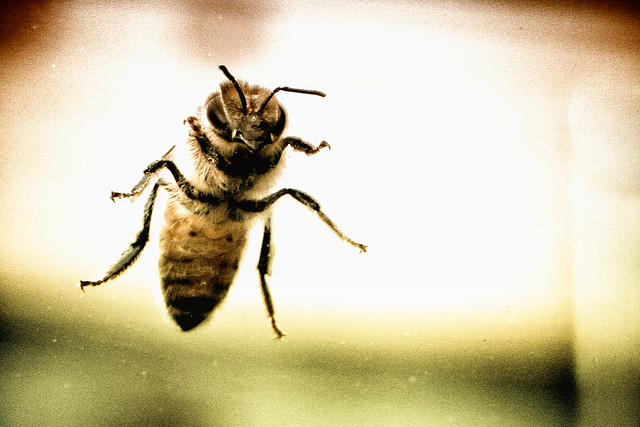 I feel something smack into my chest as I begin to bike back past the sugar refinery...I ignore it. Meanwhile, a bee is inside my shirt...FREAKING THE FUCK OUT.

Naturally, it stings me...IN. THE. BOOB. 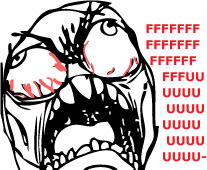 I reach into my shirt while biking trying desperately to remove the bee that is attacking my right tit. It's long gone...but I managed to rip out the poison gland that is pumping neurotoxin into my lady bits... 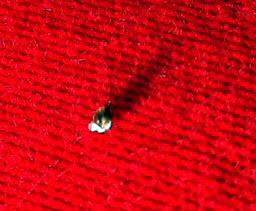 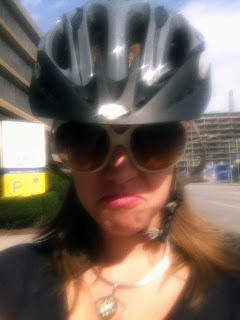 I return to the office to find a wonderful red welt, that aches and stings with every pump of my heart...Fuck you bee. Fuck you. 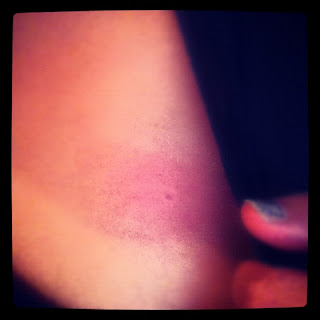 Sugar Beach hates me...and I think the feeling may be mutual...


Posted by Claire Callway at 16:47 No comments:

Mass Effect 3 (yea yea, I'm late to the party...SILENCE! NO ONE INSULTS FEMSHEP!): 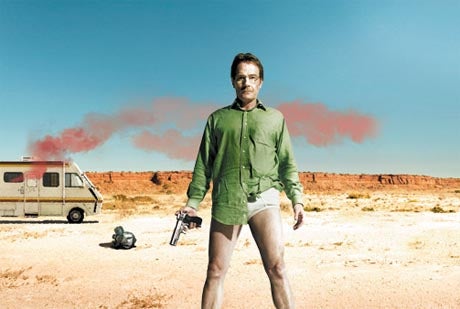 OH, and just that 2 women in Iran stood up to a cleric who stopped them on the street and demanded they cover themselves up (more). Link harr. Fuck yea, ladies.

And randomly, here is the top hit on the Google search for "the best picture on the internet". Word:

Posted by Claire Callway at 12:43 No comments:

Midnight: A Life in Kitty. 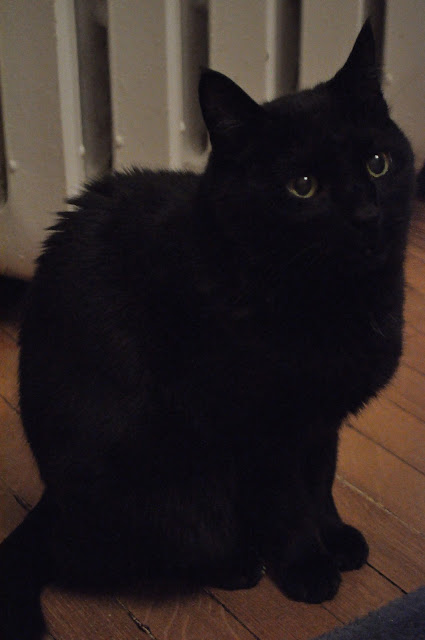 An intelligent but brooding kind of cat, he wanted companionship, not cuddles. Fond of stealing and *ahem* "having his way" with sweaters, he entertained us for 19 years.

On September 14th, 2012 he passed away, after a long and happy life filled with catnip mice and luxurious cardigans.

In honour of my little buddy, I gift you many cat GIFs. Love you Midnight. ^_^

Little buddy, you will be missed.

Posted by Claire Callway at 12:01 No comments: