The Poetic Ramblings of 9yr Old Me...

So I promised poems from 9yr old me, and I shall make good on that promise...for better or for worse (spoiler: it's for worse).

To bring these poems to you, I had to dig through boxes of pogs, action figures, comic books, and repressed memories...so you better enjoy it is what I'm saying...


I present to you, the beautiful 90s notebook for poetic ramblings of 9 yr old me:

Those bright colours, those geometric shapes...mmmm, 90s. And now, 9yr old me:


Fairly normal exterior...but what lurks in the heart of a 9 yr old Claire?


Ok, so we're dealing with some pretty high level artistic drawing ability...but what else?


Alright, some super secret legal contracts ensuring the complete confidentially of the signatories...oops. Sorry guys...I guess you're entitled to giving me a "swirly"...although I'd prefer if you didn't to be honest.
A drawing that very clearly shows the difference between the initial design of the internet and the world wide web, which I was most definitely surfing (or crawling...remember webcrawler? OF COURSE NOT).

But what ELSE lurks in the soul of little Claire? ...Poetry. Sad, lonely little poems, that although terrible, make me feel really bad for 9 yr old me. Arguably even worse than I felt for myself when I was...myself? Fuck it, here's a poem about teasing: 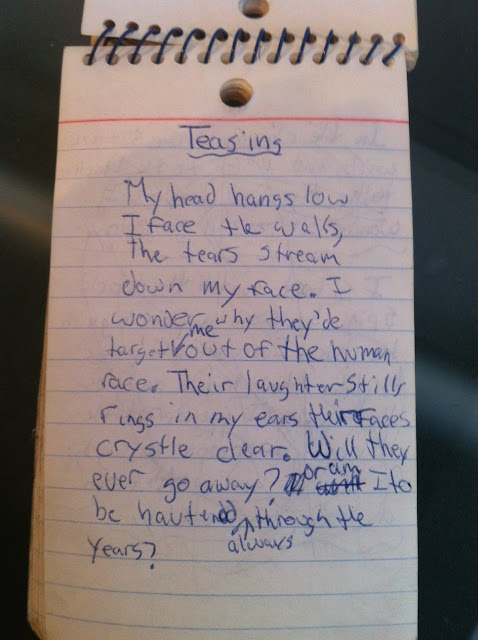 Sweet baby jesus...where was zoloft for kids? Oh well, here's one about being embarrassed, or "ebarressed" as I wrote: 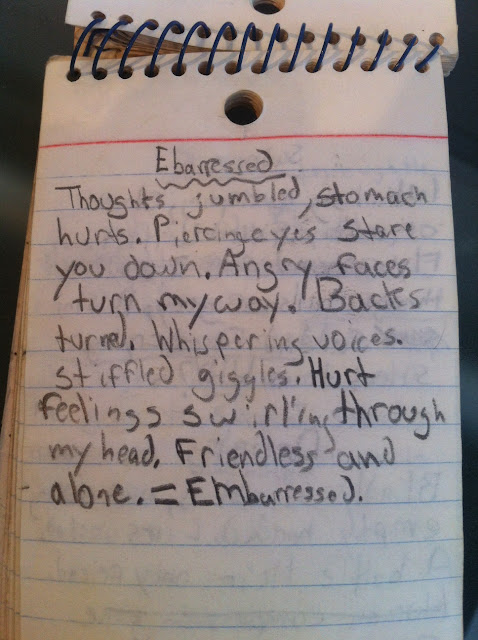 Good dog Mum & Dad... I don't remember being so miserable, but sheesh, I'm giving Morrissey a run for his money! Here's a double bill on sadness AND drunks! :D 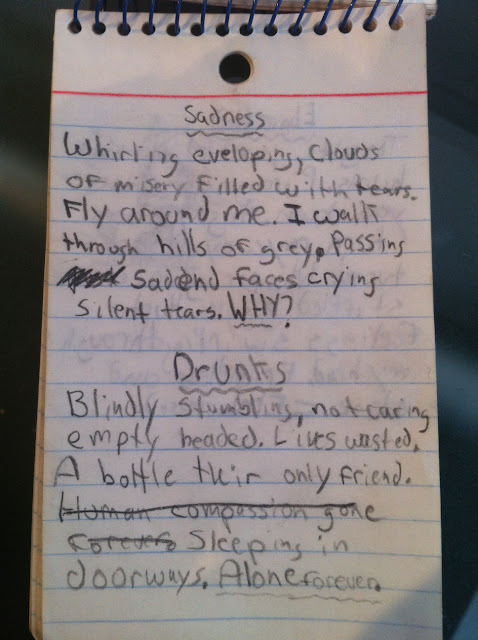 What I'm so impressed/horrified by, is that I didn't know any alcoholics growing up...so either I was paying WAY too much attention to hobos on Queen St West, or I had the most depressing imagination available to someone under 10 years of age...


Who was this kid?! I don't really look back on my childhood and feel miserable. Sure, there were difficult areas, but on the whole, I had a good time. But there are those poems that I know were written through tears by a little girl who felt like the whole world had abandoned her, and I feel like the only explanation is that you have to forget to move forward... 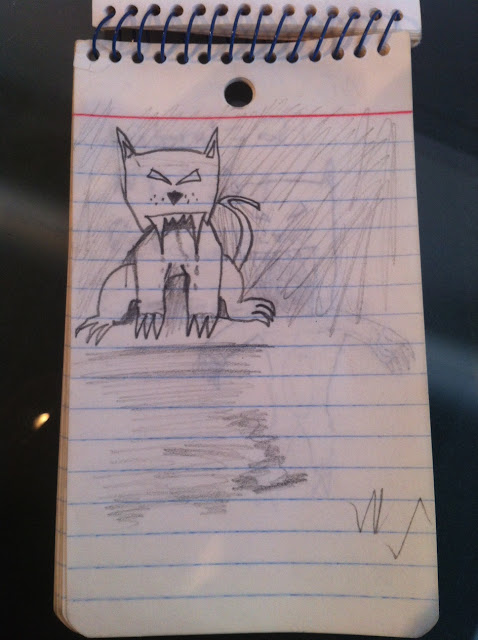 "Dear, 9 year old me, I promise things will get better everyday.

...until one day when you have to pay taxes, and as bad as Liam the bully seems now, your gross boss at Second Cup who hits on everyone and sleeps with the Romanian girl in the storage room will be that much worse, because he writes the schedule and pays you. .

...Hmm, that didn't sound too good... I guess what I'm saying is, uh...oh fuck I don't know, get a band together and capitalise on that ennui."